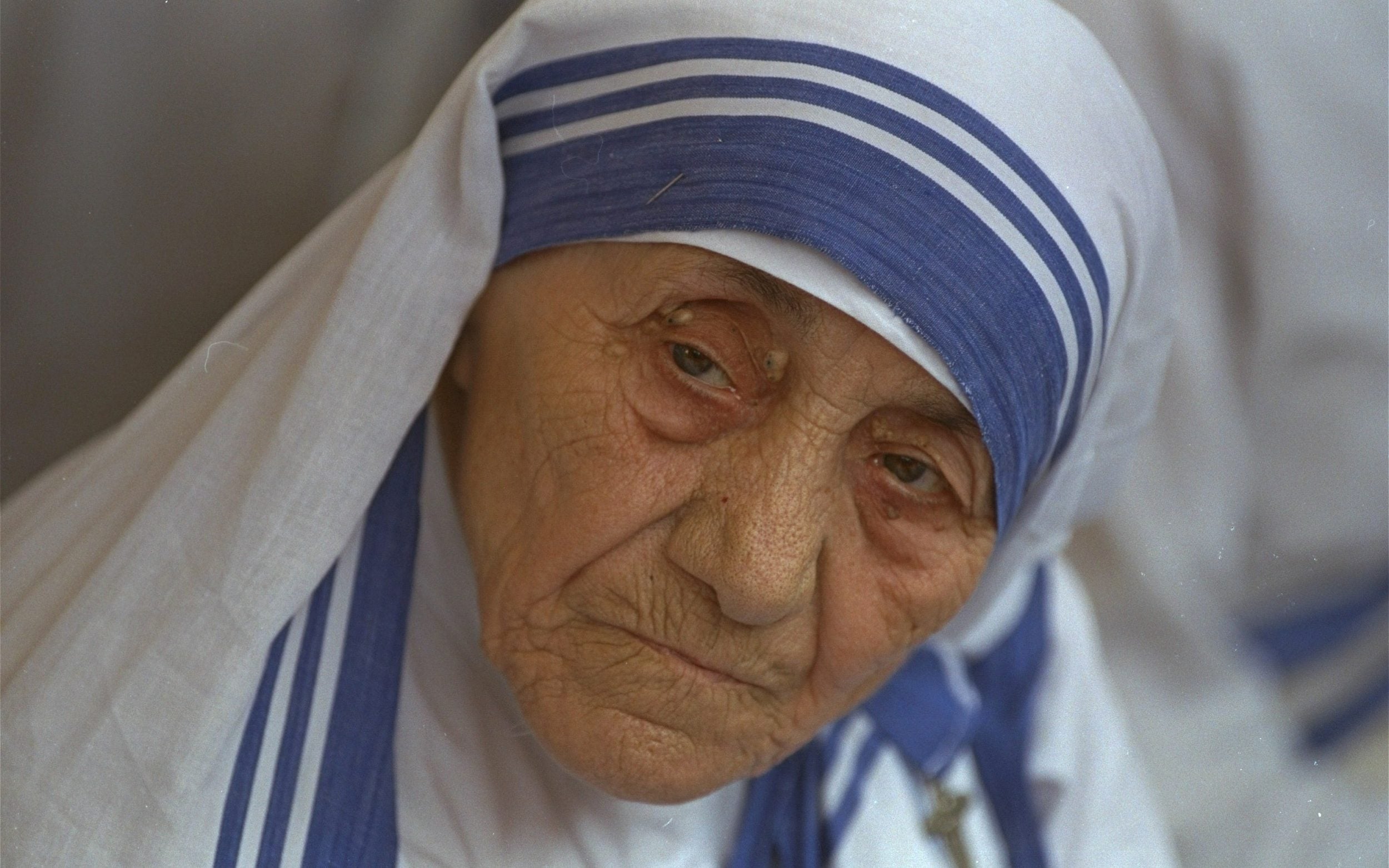 Mother Teresa: For the love of God? (Sky documentaries) showed quite a spectrum of opinions. “She was a modern day Jesus.” “She was a charlatan, pure and simple.” “The most admired woman in the world.” “A bit of a psychopath, to be honest.”

Documentary filmmakers often take a stand against the prevailing orthodoxy. But that has already happened in the case of Mother Teresa. Christopher Hitchens destroyed her reputation as a saint, both in writing and in a film, in the 1990s, Hell’s Angel. Instead, for the love of God? stays true to the question mark in the title. In three parts, it contains interviews with supporters and critics and invites the viewer to make up his own mind. The result is a comprehensive and balanced assessment of Mother Teresa’s life, portraying her as a complex character.

She devoted herself to the poor and worked tirelessly into her eighties. She rescued the needy from the streets of Calcutta, took in orphans and opened a home for the dying. None of this is in doubt.

But her public image masked some uncomfortable truths. Jack Preger, a British doctor working after Calcutta, was appalled at the conditions he found in their facilities. Patients did not receive proper medical care or pain relief because the sisters chose to simply pray for pain relief. Much of the money donated by well-wishers did not find its way to the poor, but was instead given to the Vatican.

Among her critics was Dr. Aroup Chatterjee, who had moved to London from Calcutta and was amazed at the extent to which her role had been mythologized in the West. “People kept telling me that Mother Teresa fed Calcutta, clothed Calcutta … I just couldn’t believe that this level of lies, misinformation and fantasies could permeate the world like this.”

But the Hitchens-level criticism felt excessive, as did the blind loyalty of some of her staunchest supporters. While Mother Teresa clearly had many flaws, there was nothing here to support the “charlatan” claim (made by filmmaker and activist Tariq Ali). Most likely, she was neither a saint nor a sinner, but something in between.

https://www.telegraph.co.uk/tv/0/charlatan-psychopath-saint-real-mother-teresa/ who was the real Mother Teresa?

Is there hope for ailing superhero game?

a moving exploration of modern manhood