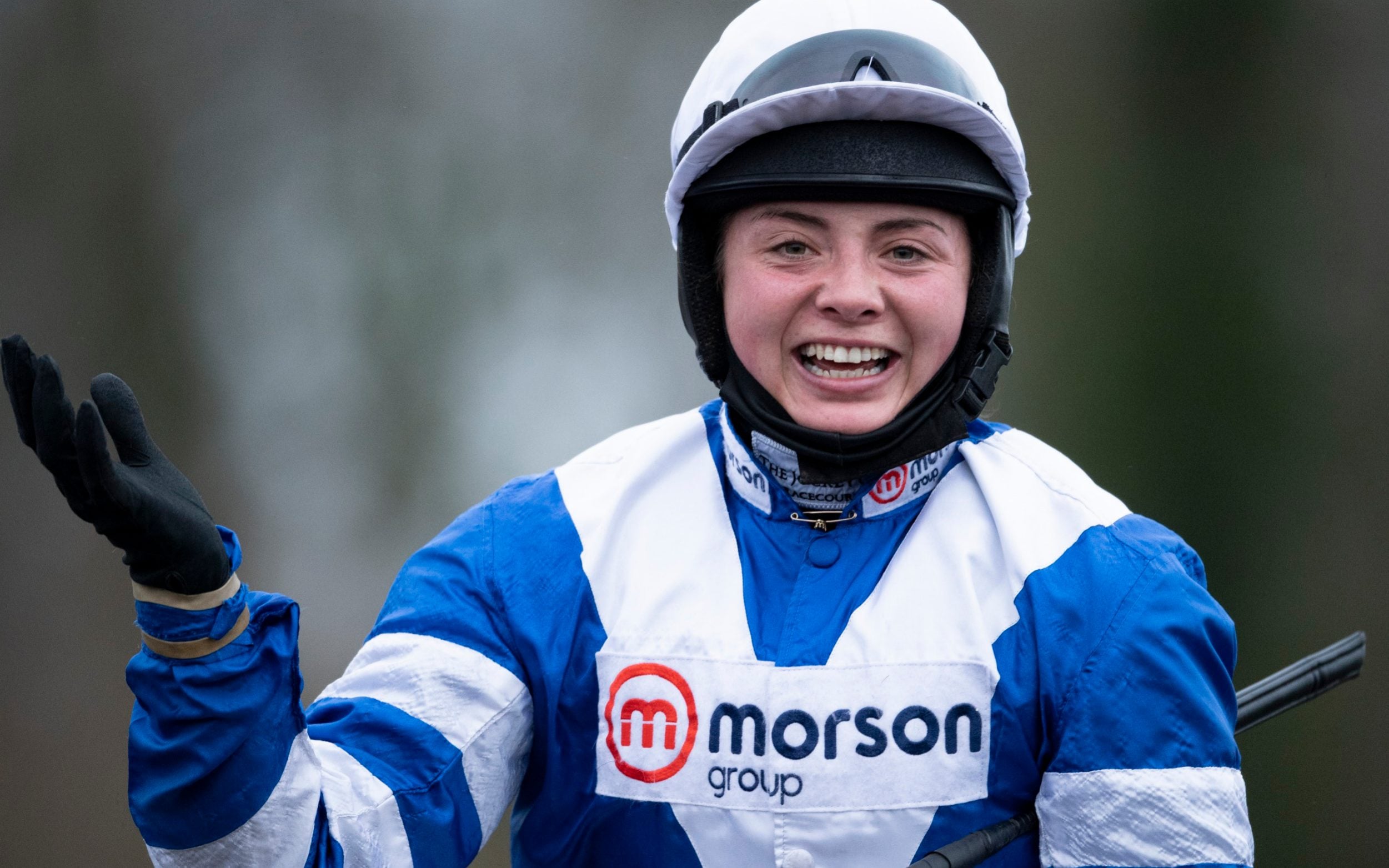 “Did you see a jockey win the big race at Kempton?” asked a friend. I typed an answer: “Yes! By the way, I hate the term Lady Jockey!!”

In fact, I detest any use of the word ‘ladies’ in women’s sport, a topic of conversation raised by BBC journalist Sarah Mulkerrins last week. “Am I the only one who would completely remove the word ‘ladies’ from women’s sport?” Mulkerrins wrote on social media on the same day Maidenhead RFC was attending the respected rugby writer Stephen Jones, who has been the standout during his successful career as a reporter champion of women’s rugby when the club’s director introduced ‘women’s rugby’.

Obvious gender labeling has always been an inherent problem for women in sports, but the term “ladies” takes it to a whole new level. To me, and it seemed to most people who responded to Mulkerrin’s post, the term screams physical frailty, reinforces sexist stereotypes, and portrays female athletes as inferior to male athletes.

Perhaps the word would be a little more palatable if it were used at least on a similar level to its masculine equivalent. However, recent data from the Cambridge English Corpus, a billion-dollar dictionary of words from the English language, found that the word “gentleman” was the only masculine gender term whose use in a sports context declined, according to a study it conducted at the 2016 Rio Olympics. The term “women”, on the other hand, increased by 20 percent.

In this country, some of our oldest sporting institutions are still very ladylike in their traditions, including the Lawn Tennis Association, which still stubbornly uses ‘ladies’ for the women’s draw at Wimbledon. There is at least some continuity in the men’s tournament being nicknamed “gentleman”, although male players have been commonly referred to as “guys” by gamers and pundits for decades. Ladies’ Day at Royal Ascot is a tradition that dates back to 1823, but at a time when female jockeys entering the sport from college outnumbered males by a ratio of almost 70:30, the name sounds increasingly archaic. Golf, home of the European Ladies Tour and the Ladies Professional Golf Association, is another big culprit.

In recent years, sports organizations have made a concerted effort to modernize their language and drop the term “women” to reflect the growing popularity of women’s sports. Manchester City started the ‘women’ renaming in 2014 and today Blackburn Ladies are currently the only elite women’s football team to still bear the name – a stark contrast to five years ago when 11 clubs were ‘women’s teams’.

In America’s National Women’s Soccer League, clubs like Portland Thorns and Houston Dash are so gender-neutral that just the title of the competition they play in can tell they’re a women’s team, in line with the broader international netball Community where other national teams have their own nicknames. It works well for predominantly female sports like netball, but the concept arguably has less weight when it comes to women in traditional “male” sports.

When the England women’s rugby team was renamed the Red Roses in 2016, the move was hailed as new and exciting. Incidentally, the national flower is never used to describe Eddie Jones’ men, who would certainly have something to say if constantly compared to delicate rose petals. Five years later the name already feels dated as World Rugby removed all mention of the word ‘women’ for this year’s Rugby World Cup.

Why should it matter? The women boxers, jockeys and soccer players of this world have to overcome bigger hurdles as athletes – the fight for more media presence, equal opportunities and the fight to change sexist perceptions.

The word ‘lady’ counteracts all of these aims, feeding Victorian stereotypes aimed at negating and ultimately differentiating rather than integrating women’s sport.

https://www.telegraph.co.uk/sport/2021/02/02/loathe-word-ladies-womens-sport/ Why I loathe the word ‘ladies’ in women’s sport